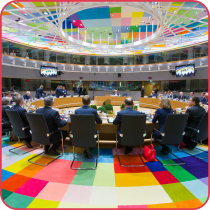 CEMR to heads of state: "Don't cut Cohesion Policy by around €12 billion"

The Finnish presidency of the Council of the EU has presented governments with a proposal which would institute massive cuts in cohesion spending. Based on the proposal’s figures, CEMR estimates that there would be a €12 billion cut in real terms compared with the Commission’s proposal, impacting thousands of local and regional governments in Europe.

Reacting to the Finnish proposal, the secretary general of the Council of European Municipalities and Regions (CEMR), Frédéric Vallier, stated: “Such cuts pose a threat to local and regional governments’ ability to implement Europe’s ambitions, notably in terms of reaching the climate objectives of the Paris agreement and the Sustainable Development Goals. Cohesion policy is crucial for citizens to regain confidence in the European project. If accepted, these cuts would severely worsen already-growing social and territorial inequalities which are alienating many citizens.”

The proposal, which was presented to ministers at yesterday’s General Affairs Council, comes ahead of a European Council summit on 17-18 October, during which heads of state and government will discuss the EU’s next multiannual financial framework. “National governments must take their responsibilities,” Vallier added. “The EU cannot remain credible if it sets high objectives all the while removing the means for achieving them.”

In parallel, we support incoming Commission President Ursula von der Leyen’s proposal to create a Just Transition Fund that would promote a shift towards sustainable development. However, such funds should not be a replacement or mere repacking of existing cohesion funds, but rather be added to the existing budget. Reducing or repackaging the cohesion budget would undermine municipalities’ and regions’ ability to meet the EU’s objectives of territorial, economic and social cohesion, as prescribed in the European Treaties.

As the level of government closest to citizens, cities, municipalities and regions must be involved at every stage of the design and implementation of EU cohesion funds, in line with the Partnership Principle. This is particularly important given that the EU’s new streamlined objectives for cohesion policy include “A Europe closer to citizens: sustainable and integrated development of urban, rural and coastal areas and local initiatives”.

Translate
The Council of European Municipalities and Regions (CEMR) is a member of the #CohesionAlliance, a coalition of those who believe that EU cohesion policy must continue to be a pillar of the EU's future.

To raise awareness about the vital role of cohesion policy, the #CohesionAlliance was initially launched by leading associations of regions and cities, including CEMR and the European Committee of the Regions (CoR) in October 2017.