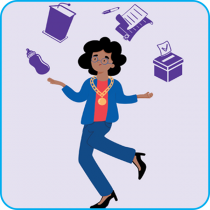 Ahead of the publication of the European Commission’s 2020-2024 Gender Equality Strategy, local representatives call on all the EU institutions to support efforts to increase the share of women in decision-making, particularly in local government.

“There are 1 million local and regional elected officials in Europe, but only about 30% of those are women”, said Silvia Baraldi, Municipal Councillor of Legnago (Italy) and Vice-President of CEMR’s Standing Committee for Equality. “Closing the gender gap locally can have huge leverage effects in terms of making our societies more democratic and inclusive at all levels.”

As detailed in CEMR’s study “Women in Politics: Local and European Trends”, women’s political underrepresentation persists across Europe. One-of-a-kind, the CEMR study shows that despite an increase in the proportion of female elected officials over the past decade, underrepresentation remains particularly striking in positions of top leadership, with just 15% of mayors and 18% of presidents of regions being women.

The Commission’s proposed Strategy will now be sent to the European Parliament and Council for amendment and adoption. CEMR will be advocating directly with policymakers to include these messages in the new Strategy.

Traduire
Further reading
CEMR study, “Women in Politics: Local and European Trends” (EN, FR), provides in-depth analysis of women’s representation in 41 European countries and all levels of government, from local councils all the way up to the European Parliament. Covering a ten-year period, the study breaks down the data by country.