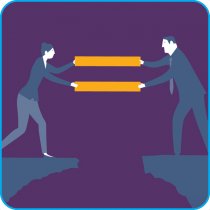 How can we overcome the gender gap? Share your ideas with us on 5 March

Statistics about the participation of elected women in decision making across Europe are not comforting. In 2019, only 31% of the Parliaments members in the EU countries were women. Moreover, women counted only for 15% of mayors and 29% of local councillors. This negative trend undermines the potential benefits that would come from a more equal sharing of power between women and men.

The event will gather CoR and CEMR members, Young Elected Politicians (YEPs), MEPs, Members of European associations and partners organisations working on the topic to reflect on the state of play and promote more women in politics at local and regional level.

The current work of the EU Institutions on the topic of gender parity will be presented in a roundtable discussion with the President of the European Committee of the Regions, Commissioner for Equality Ms Helena Dalli (tbc) and Ms Evelyn Regner (tbc) chair of the European Parliament committee on women's rights and gender equality (FEMM).

On this occasion, the Council of European Municipalities and Regions will present its latest study on women representation in politics and CoR members will share concrete examples of how they are working to advance equality on the ground.

As part of the CoR Young Elected Politicians Programme (YEPs) that was launched in March 2019 on the occasion of the "8th European Summit of Regions and Cities" (14-15 March 2019, Bucharest), a group of thirty YEPs will be invited to participate and contribute to the discussion, working on key recommendations on how to address gender parity in local politics. A representative of the YEPs group will present the results of their work during the event.

Join us and discuss with other politicians and experts how to improve gender parity in local and regional politics! ​


This article was originally published by the Committee of the Regions (CoR).

CEMR study: Women in Politics: Local and European trends
Strategy for a gender balance in Members' Participation in the CoR