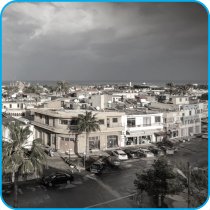 This reaction was adopted by CEMR’s Presidency.

Our attention has been drawn to the situation created in Cyprus by the Turkish occupying forces of the northern part of the island regarding the city of Famagusta under the protection of the United Nations.

As CEMR, we condemn any attempt to restart a conflict created by the non-respect of the resolutions of the United Nations and call for diplomatic talks and dialogue to settle the situation urgently.

Furthermore, we call for a peaceful conclusion to the now 46-year-old conflict and will support any attempt to find a diplomatic solution that would lead to the reunification of Cyprus with the support of all parties under the auspices of the United Nations and the European Union.

We assure our colleagues of the Union of Cyprus Municipalities of our support and solidarity in this difficult time and invite all those in capacity to do so to work for peace and calm at a moment when no one can wish for further conflicts in Europe and in this region of the Mediterranean.