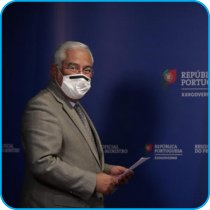 Starting the year with a bang: the EU issues to watch out for in the first half of 2021

Portugal is taking up the rotating Presidency of European Union a time of extraordinary activity in European affairs. The last time the southern European nation held the Presidency way back in 2007, the year of the signing of the Lisbon Treaty. Needless to say, a great deal has happened since then, notably with the consolidation of the EU’s regulatory powers and the creation of initiatives in ever-more areas such as migration, environment and healthcare.

During the first half of this year, Portugal will preside over the launch of the EU’s new seven-year financial framework, at a time when political leaders are under more pressure than ever to deliver on health, the economy and the environment. In these challenging times, Europe’s municipalities and regions are ready to partner with the new Presidency to deliver a brighter future for our citizens.

The case for partnership has never been stronger. Local and regional governments have an essential role to play to develop policies suited to the conditions of each territory, as close as possible to the citizens. Fulfilling EU objectives, notably the Sustainable Development Goals, can only be achieved through strengthened partnerships with municipalities, regions and their representative associations.

The current trio of presidencies made up of Germany (July to December 2020), Portugal and Slovenia (July to December 2021) is tackling a wide range of issues including the rule of law, digitalisation and the climate and energy transition. The Portuguese Presidency’s five main pillars include the following initiatives which CEMR and its members will follow closely:

Local and regional governments’ impact in their territories and their involvement at EU level are two sides of the same coin. Both are essential ingredients to achieve the Union’s objectives and to maximise the benefits of European policies in both our municipalities and regions, and in the wider world.