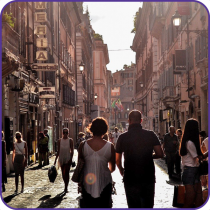 Localising the European Semester: how local governments can be involved

The European Semester: whether or not you have heard of it, this EU policy cycle is already is already beginning to influence how your municipality can spend and invest. But how can local and regional governments make their voice heard and thus make the Semester afully democratic process?

Since 2011, the European Semester has set the framework for EU countries to coordinate their economic policies. While this process was initially aimed at improving control and coordination of budgetary, fiscal and economic policies in the eurozone, over the years it has become increasingly linked to other areas such as Cohesion Policy, the Social Pillar, and more recently, the Sustainable Development Goals (SDGs).

The expansion of the European Semester across other areas has also meant substantial spillovers for local and regional governments across all EU. Today, more than 60% of the European Commission’s recommendations issued in the context of the Semester have local or regional impacts, such as on social policies, housing, or governments’ accounting methods.

Yet, their involvement in the Semester remains insufficient. This is even more disturbing since this year the regular surveillance and coordination calendar has been adapted to accommodate the roll-out of the EU’s Recovery and Resilience Plans.

We addressed all these concerns during a CEMR webinar "The European Semester at the crossroads: rebuilding our territories" on 19 April.

“Contrary to other EU policies that can lead to reforms and targeted investment priorities, like Cohesion Policy, the Semester remains a process reserved for the European Commission and Member States”, said Marlène Siméon, CEMR’s Director of Operations. “We would have preferred the Recovery and Resilience Facility to be more linked with the European Structural and Investment Funds, which seem better suited to address territorial needs and specificities than the Semester as it is,” she added.

Elected representatives, EU officials and CEMR members reflected on how local and regional governments can boost their contribution to the Semester process. Read on to discover the main takeaways of the session.

In many countries, the European Semester is managed by ministries that are not dealing with Cohesion Policy. This can be a threat as national recovery and resilience plans will overtake Cohesion Policy.

“The deployment of the Next Generation EU poses considerable risk of recentralisation away from local and regional governments,” declared Serafin Pazos, Head of the  Brussels Office of the Convention of Scottish Local Authorities (COSLA). “There should be a more comprehensive and holistic approach, otherwise we risk having two policies that act in contradiction with each other,” he added.

The Semester should ensure the creation of strategic links between the different pillars that will guide the recovery and territorial development throughout the coming years – the Recovery and Resilience Facility, Cohesion Policy, and other EU funds delivered on the ground. By cooperating with local and regional governments the EU will prevent the potential competition between these varying tools and foster more coherent public investment.

The SDGs must be at the centre of the Semester

The Semester has evolved over the years and has now become an all-round policy making process that provides the framework for a variety of issues, from social legislation to EU funds’ priorities and, since 2020, the SDGs. But there is still a lot to do.

“The Semester, together with the multiannual financial framework and Next Generation EU must represent an opportunity to set forth a roadmap aligned with the 2030 Agenda, to address territorial inequalities with the active participation of local governments and their associations”, outlined Carlos Martinez Minguez, Mayor of Soria and CEMR spokesperson for the Agenda 2030.

The debate also addressed an idea being developed especially within the Commission’s Directorate-General for Agriculture (DG AGRI): a “Rural Semester”. This Rural Semester would not be a parallel process to the usual European Semester, but rather would ensure that the Semester takes in due consideration the specific needs of rural areas with specific territorial indicators and analysis on a range of rural concerns (environmental, social, economic, digital, educational, etc.).

This webinar was part of a series organised by CEMR for its members that aims to providing them with key knowledge, insights and capacities to engage local government in the European Semester process at the national level. This event is a follow-up to our joint project with the European Public Service Union (EPSU) on “Localising the European Semester”, held in 2018.