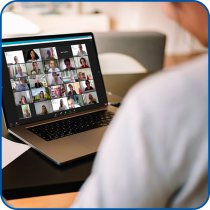 Europe's local leaders met on Friday (18 June) to take stock of CEMR's activities and orient its political work. There was a busy agenda as the Policy Committee dealt with a wide range of issues.

CEMR's highest decision-making body discussed action on migration and integration, and adopted positions on rural development and the European Commission's 8th Environmental Action Plan. The elected officials also discussed the evolution of human rights, gender equality and local democracy in Europe, culminating in the adoption of a declaration in support of municipalities signing the Charter for Equality, regardless of the national situation.

The leaders also discussed CEMR's participation to the Conference on the Future of Europe – a great event debating how to reform the European Union – in collaboration with the European Movement International (EMI). This would notably involve the organisation of local citizen dialogues, with several CEMR members having expressed an interest in organising such events.

The next Policy Committee meeting is planned for January 2022.

The meeting kicked off with two simultaneous debates during breakout sessions, one on COVID-19's impact on local cultural activities and the other on our long-term vision on rural development.

Local leaders and experts on cultural policy discussed the state of the cultural sector, which has been devastated by the COVID-19 pandemic. Catherine Magnant, deputy director in the European Commission's Directorate-General for Education, Youth, Sport and Culture, provided an overview of the sector and of EU support measures.

The cultural sector makes up 4% of EU GDP and employs 8 million people but many institutions have seen a collapse in revenue as visitorship plumetted. Cinemas, museums and music venues all saw revenue losses of 70-80%.

"This is a personal tragedy for the artists and a problem for the economy, at a time during the pandemic where culture is essential to our mental health and well-being", said Magnant. "So it is very important that we try to help this sector recover."

The EU took a number of measures to support the industry. Employment contracts could now be made flexible. Funding is being provided with the Creative Europe programme being boosted by 60% (now worth €2.44 billion for the 2021-2027 period) and cultural funding also being provided within other EU programmes.

The session's moderator, Flo Clucas (councillor for Cheltenham, United Kingdom), and the participants all agreed that the cultural sector represents more than just an economic industry, but is also a way of making the most of each territory's heritage and of bringing people together at a time when the pandemic has sharply isolated people.

Ahead of the publication of European Commission’s long-term vision for rural areas, local and regional leaders discussed the impact of COVID-19 on rural and remote areas. While rural areas were initially spared during the pandemic, they were often less prepared to deal with the disease due to comparative lack of infrastructure and healthcare services. At the same time, rapid digitalisation of daily life may offer new opportunities the countryside.

Lord Mayor of Sala Carola Gunnarsson described how the COVID crisis and teleworking had changed the situation for rural areas in Sweden. Many people had moved out of the capital Stockholm, a novel development, thanks to teleworking. People move to the countryside for the lower cost of living, contact with nature and higher quality of life. This gives new opportunities to revitalise rural areas by taking advantage of their assets.

Mayor of Soria and CEMR Vice-President Carlos Martínez Mínguez emphasised the importance of providing equal opportunities and equal access to public services, notably through public investment. Europe’s recovery and resilience plan represent an opportunity not to be missed, as lack of action in this area has led to public alienation in the form of rising euroscepticism. He proposed that we move to a new governance model in which local and regional governments take more responsibility for these policies and have more influence among national and international players.

Many members of the Policy Committee joined the debate to share similar challenges as well as shed light on the specificities of rural areas and urban-rural linkages in each country. Most of the interventions mentioned access to quality broadband and mobility opportunities as key issues, also pointing to the major role of national and European high-speed road and train networks in shaping territories. These issues will be at the heart of the session CEMR organises during the European Week of Cities and Regions.

For further information in this topic, check out CEMR's long-term vision for rural areas: "Making 'no one left behind' a reality".