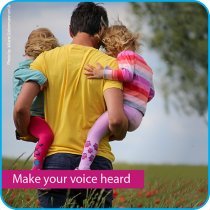 Cities call on Conference on the Future of Europe to promote a more participative, green and inclusive EU democracy

Apostolos Tzitzikostas (EL/EPP), President of the European Committee of the Regions and Governor of the Greek Region of Central Macedonia, said: "When we say "citizen" in English, "citoyen" in French, "cittadino" in Italian, or "πολίτης" in Greek, the root word is always the "city". Cities and democracy are inseparable. That's where democracy was born, at the grassroots level. Cities are the closest level to democracy, the place where the best democratic practices stand out and the carriers of democracy. Citizens want to engage, and it is our duty to create the right tools. This is why I strongly believe that cities are true laboratories for enriching, modernising and strengthening democracy. "

Dario Nardella, President of EUROCITIES and Mayor of Florence said: "As new Eurocities research shows, almost all of our cities have established forms of participatory democracy, and many of us are experimenting with innovative practices on a daily basis. As cities, we believe that the Conference on the Future of Europe should lead to the creation of a European Participation strategy. Europe should use the momentum of the Conference to continue the exercise of participatory democracy. It should lead to a new way of working with cities and citizens, bringing Europe closer to people.”

Christoph Schnaudigel, Co-President of the Council of European Municipalities and Regions (CEMR) and President of the County of Karlsruhe, said: " The local and regional level, the level of government closest to citizens, can be the conduit for ordinary people to speak directly with EU officials. Citizens need better representation towards the EU institutions. This could be done through an EU permanent mechanism for structured dialogue with citizens through regional and local authorities’ representatives."

The CoR, Eurocities and CEMR agreed a number of conclusions that will feed the Conference on the future of Europe's digital platform

1. The Conference on the Future of Europe offers an opportunity to promote innovative ways of involving citizens in the functioning of the European Union and developing a European Participation Strategy. Deliberative and participatory practices, such as participative municipal budgeting and the co-management of public spaces, which are used to strengthen our values-based European strengthening democracy, should be further promoted and reflected, including at EU level. We believe an EU permanent mechanism for structured dialogue with citizens through regional and local authorities’ representatives should be established. This mechanism would 1) enable cities to work with citizens on European issues that impact them directly, 2) enable European policy makers to design policies adapted to cities and supported by citizens, 3) allow citizens to be part of a policy process that ultimately affects their daily lives. The following policy issues with a strong urban and territorial relevance and contribution could fall under such a dialogue:

2. Cities of all sizes are at the heart of the green transition, as they are responsible for 70-80% of world emissions. At the same time, local and regional authorities implement 70% of climate mitigation measures and 90% of climate adaptation policies. Cities and municipalities therefore need to be recognised as protagonists of the green transition towards climate neutrality, including through regular exchange of ideas or best practices, stronger involvement in programme design and implementation and EU financial support, including for capacity-building.

3. Cities and municipalities are pioneers in the digital transformation by virtue of developing and implementing innovative and integrated solutions for citizens and communities. An acceleration in the deployment of broadband infrastructure and capacity-building at the local level is needed to overcome the "double digital divide" of unequal access and digital illiteracy. In addition, many online platforms have a considerable impact at the local level – such as urban and regional transport, housing, tourist accommodation and the delivery of public services, which needs to be considered in European approaches to tackling issues.

4. Cities and municipalities are facing and have already overcome many challenges to foster social cohesion, build inclusive societies and promote diversity. European and national strategies for social integration, addressing notably gender equality, demographic change, disabilities and the integration of migrants, therefore need to fully involve cities and municipalities in sharing their experience and suitable policy tools. Ensuring their direct and timely access to EU funding is key to enabling them to fulfil their role as social "integrators".

5. The New Leipzig Charter, building on the transformative power of cities for the common good, the renewed Urban Agenda for the EU and the Territorial Agenda 2030 should enable cities and municipalities to participate in the design of the relevant European policies and act as a benchmark for the practical implementation of EU policies in all Member States. They must enable EU institutions, Member States, cities and municipalities to connect via a policy platform to support the EU New Green Deal and its roll-out through the different policies anchored at the urban and local level.