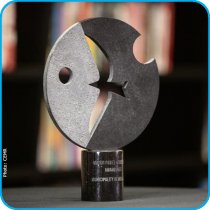 On Friday 13th January, the municipality of Michałowo in Poland was announced as the laureate of the second edition of the Mayor Paweł Adamowicz Award. The small municipality was chosen to highlights the incredible work it did, alongside its inhabitants, to provide help to refugees on the border with Belarus and their support of freedom, solidarity, and equality.

“To win the Paweł Adamowicz Award is a great privilege and source of pride for me as the head of the municipality. […] Above all, I am proud of our local people because we were able put into practice the values that the European Union brings, indeed, that humanity brings, and really bring them to life.” stated the Mayor of Michałowo Marek Nazarko.

The award was created to promote the legacy built up by Paweł Adamowicz. He was the long-serving Mayor of the City of Gdańsk when he was murdered in January 2019 whilst carrying out his public duties and standing up for the values of freedom, solidarity and equality.

The jury also decided to give a special mention to Oleksandr Babych, Mayor of Hola Prystan in the south of Ukraine who was supported by CEMR this year, as a representative of all Ukrainian mayors who have been kidnapped or tortured since the beginning of the Russian invasion for trying to protect his local community. Mayor Babych himself has been held captive since March 2022. This special recognition is, as described by the President of the Committee of the Regions Vasco Alves Cordeiro, “a tribute to his courage and a signal of hope and solidarity for all Ukrainian mayors and citizens fighting for our European values”.

The award will be officially presented to the Mayor of Michałowo Marek Nazarko on 8th February 2023 during the plenary session of the European Committee of the Regions in Brussels.