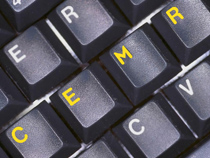 Young people and graduates are the more open

A survey conducted by Eurostat (The EU statistics office) shows that in every European country, young people and graduates are the main users of on-line administration services (administrative services available via Internet).
31% of the 25-34 year old have consulted on-line information from public authorities over the last 3 months of 2003. By comparison, only 4% of the over 65 year old have used on-line administrative services.
All age groups put together, the Nordic countries are the most advanced. Some 50% of Icelanders have already used e-governance, as have 43% of Norwegians, 41% of Swedes and 39% of Danes. At the other end of the spectrum, only 6% of Greeks have ever used Internet to find information from their local or national governments.
The percentage of users of e-governance increases with the level of education. Here too the Nordic countries are at the forefront with 80% of graduates in Iceland and 72% of Norwegian graduates having already having used Internet to deal with their government. However, only 30% of Irish graduates have done the same.
e-government is on the incrase in all European countries, however it creates a "digital divide". The survey shows that people without university degrees and those over 34 years are less likely to use their government's electronic services.
The full Eurostat survey