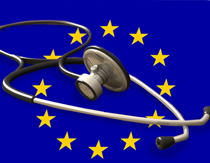 The European Commission has launched a public consultation on how to ensure legal certainty regarding cross-border health services.
The consultation will address issues such as: When could a EU inhabitant seek healthcare in another Member State? In what conditions could (s)he be reimbursed? Who would be responsible for any harm caused by health care provided in another EU Member State...?
In 1998, the European Court of Justice stated that the free movement of services included healthcare (Kohll and Decker cases). However, health services were excluded from the scope of application of the directive on services in the internal market. The Commission launched the public consultation to remedy to the lack of clarity in this field. It could submit formal proposals in 2007.
Responses are sought by 31 January 2007.
. The consultation on health services
. La consultation sur les services de santé
. Die Konsultation im Bereich der Gesundheitsdienstleistungen
The European Commission's website in the field of health
The European Commission has also published an independent study to look at the situation in terms of patient mobility. The results of this study were published in June 2006 and is available on the Commission's website: "Patient Mobility in the European Union - Learning from experience".