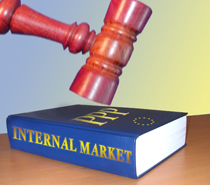 Generally a step forward, but in places a little self-contradictory; that is the conclusion reached by the Council of European Municipalities and Regions (CEMR) on the report on services of general interest (SIGs or public services), adopted last week by the European Parliament.

CEMR's president and mayor of Vienna, Michael Häupl, welcomed the report's call for the European institutions to respect the principle of local and regional self-government in deciding how services should be best financed and delivered: We are pleased that the Parliament has underlined the importance of local democratic choice on service provision, a principle that has not always been properly recognized in recent times, he said. We are confident however that the Commission will listen to the Parliament on this point and make some important shifts in policy to give more emphasis to local self-government. I note however that the Parliament has not reached a decision on the need for a framework law on services of general economic interest - this remains an important ongoing debate.

CEMR secretary-general Jeremy Smith said that he was delighted that the Parliament's resolution on SGIs reflects CEMR's views on two key points: First, the right of local governments to give service tasks directly to inter-communal organisations which they are members of. This issue has been thrown into doubt by the Commission and the European Court of Justice in recent times, undermining long-standing and effective forms of municipal co-operation across Europe.
Second, the Parliament stated that municipalities can give such tasks directly to companies they own or control, provided these do not compete on external markets. We very much hope that the Commission - and also the Court of Justice - will take heed of Parliament's clear message.
Jeremy Smith pointed out that the Parliament's position on state aids and compensation for public service obligations is 'internally contradictory". Whilst it calls for the law to be amended to ensure that 'pure compensation" for such obligations should not be seen as a state aid, it argues elsewhere in the same resolution that to avoid being seen as a state aid, the 'beneficiary" has to compare its costs with a similar 'well-run", adequately-equipped undertaking.
CEMR is in favour of voluntary bench-marking and comparisons to promote efficiency and quality, but this legal duty to find a comparator who will share sensitive commercial information with municipalities is not a sensible requirement to place on local governments if you value legal certainty and practicality. The legal test should simply be: is this compensation, or does it include a public subsidy?
Finally, Jeremy Smith called for a clearer European-level distinction between economic and non-economic services of general interest: Not all public services are or should be seen as market services, to which EU rules on competition apply, he said. CEMR therefore supports the Parliament's call for better clarification, whilst avoiding too detailed an approach. We propose that services which are non-commercial in character, and have a social purpose, should not be defined as of economic interest, and should not therefore be subject to the EU's internal market rules. We believe in the internal market, but the EU should not try to pull every local social or solidarity-based service into the internal market's orbit.
CEMR's declaration on the future public services as adopted at its general assembly (Innsbruck, May 2006)
CEMR activities in the field of public services and procurement
The European Parliament's press release on the Rapkay report on public services