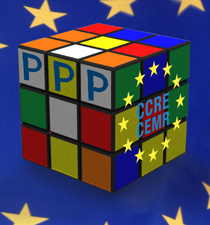 PPPs and concessions: 'The Parliament sends mixed signals to local and regional government!"

Some sensible proposals, some bad mistakes of principle, and some bright spots for further discussions. That is the reaction of the Council of European Municipalities and Regions to the European Parliament's resolution voted on 26 October 2006 on public-private partnerships (PPPs) and concessions.
Amongst the positive points is the Parliament's recommendation to the European Commission that, if any new legislation is proposed in the field of concessions, it has to be flexible enough to allow local and regional governments to choose the best partner. Similarly, CEMR welcomes the Parliament's call to the Commission to 'give serious consideration" to regional self-governments interest and to involve local and regional representatives in drawing up future rules.
The other good news is the Parliament's statements on inter-communal cooperation. The resolution clearly welcomes some form of cooperation at local authority level, while calling on the Commission to clarify the legal uncertainty that has been created by various decisions by the European Court of Justice. The Parliament's conclusions in this field mark a first step for the much needed debate to find a solution for the different forms of inter-local government cooperation.
Reasons for concern
However other paragraphs in the resolution are in obvious breach of long-recognized principles of local self-government.
The Parliament misunderstands the relationship between the internal market and local public services, says CEMR secretary general Jeremy Smith. It has followed an excessively ideological approach at some points. The issue is not about 'exempting" municipalities from the competition principles as alleged by the EP, it is about finding a sensible understanding, in the light of subsidiarity, of where the competition principles need to apply, at European level.
Moreover, it is for elected local governments to decide whether to provide a service in-house, by outsourcing or by PPP. It is not the role of the European Parliament to tell democratic local governments what choice to make, as this resolution seeks to do.
The only basis for the resolution of the Parliament was the Commission's Green Paper on PPPs and concessions, but in fact the resolution goes well beyond the issues raised by the Green Paper.
CEMR hopes that, given the complexity of the issues in relation to PPPs and the need for a better balance between the basic principles at stake, the members of the European Parliament will in future consult the major stakeholders, in particular local and regional government, in a more satisfactory way.
The European Parliament's resolution on public private partnerships and Community law on public procurement and concessions
CEMR's response to the Green Paper on public-private partnerships and community law on public procurement and concessions