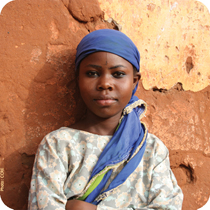 We welcome the European Commission's recognition of the growing role that local authorities play in international development and working to implement the Millennium Development Goals - but we regret the over-institutional.approach proposed for future engagement with our sector.


That is the response of the Council of European Municipalities and Regions (CEMR) to the new Communication from the European Commission "Local Authorities: Actors for Development".


CEMR's Secretary-General Jeremy Smith said: "We really value the Commission's recognition of the important work a huge number of European local and regional authorities do in partnership with their counterparts in developing countries. We agree that well-planned twinnings and partnerships for development can really make a practical difference on the ground."


It was Kofi Annan, UN's former Secretary General, who said in 2007 while our Millennium Development Goals are global, they can most effectively be achieved through action at local level. Water, sanitation, environment, gender equality.... CEMR members are active in all these fields. And it is not a one way thing - local government staff and elected members from Europe learn a huge amount from our partners in the south in the course of these projects.


However, Jeremy Smith expressed disappointment that the Communication fails to reflect the need for partnership with the voluntary associations of local and regional governments - European and international - in support of this work.


"The authors of the Communication say there should be a 'privileged dialogue" with the Committee of the Regions (CoR) - which is another EU institution. We see the Committee of the Regions as a valued and equal partner - but we do not agree that the rest of us in European local and regional government should be under its aegis when it comes to international co-operation; many European, international and national associations - including CEMR - have a long experience in north-south co-operation. Our work is already co-ordinated through a Platform of these associations, which has now received the support of the Commission."


Furthermore, the Communication also suggests that the CoR alone create a 'stock exchange" to bring partners together. In fact, CEMR is already finalising a new 'partner search" website dedicated to north-south co-operation at local and regional levels, also with the support of the European Commission.


Therefore, a positive partnership, involving the CoR and the new Platform of local and regional authorities and associations, is essential, rather than the proposed hierarchical framework.