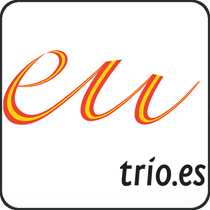 "Respect the financial independence of local and regional authorities"

Frédéric Vallier, Secretary General of the Council of European Regions and Municipalities (CEMR), called upon ministers in charge of local and regional policy to "guarantee the investments and financial independence of.local and regional authorities, as a way to achieve the green and sustainable growth we are all seeking".

This message was delivered during an informal meeting of the ministers in charge of local and regional policy, organised in Malaga, Spain, on 16 and 17 March by the Spanish presidency of the EU. The meeting revolved around three key topics: the role of local and regional authorities in the economic recovery, the importance of subsidiarity in bringing Europe closer to its citizens, and the principle of multi-level governance.

Frédéric Vallier recalled that the local level can provide several concrete answers to the crisis. 'However, as outlined in the CEMR's survey on the impact of the economic and financial crisis on local and regional authorities, they are very likely to find themselves confronted with budgetary restrictions and an increasing demand for social services."
The crisis "is still underway", he added while emphasising the willingness of European local and regional governments to be the driving force of sustainable growth.
In his speech, the Mayor of Getafe, President of the Spanish Federation of Municipalities and Provinces (FEMP) and Vice-president of CEMR, Pedro Castro Vázquez, expressed his support for the implementation of a of multi-level governance system with the help of local authorities. "Local governments are the main public investors in Europe. We should therefore be in the front line to assure the development of a new European growth policy and to effectively tackle unemployment."
The FEMP President called to mind the adoption of the Barcelona agenda in February 2010 by over 1 000 representatives of local and regional authorities. He expressed local and regional governments' readiness to play a prominent role in the pursuit of territorial, social and economic cohesion.
Trio EU presidencies agreement
The three current presidencies of the EU, Spain, Belgium and Hungary, signed a document in which they committed to giving momentum to the participation and coordination of regions and local authorities in the European decision-making process over the next 18 months as a means of overcoming the crisis.
Indeed, as of today, the Europe 2020 economic growth strategy, which replaces the Lisbon strategy, "would not be effective" enough without involving all three existing levels of government, explains Manuel Chaves, Spanish Minister for Territorial Policy.
A study is also being made so as to ensure that local and regional governments receive detailed information concerning the European affairs for which they are responsible.