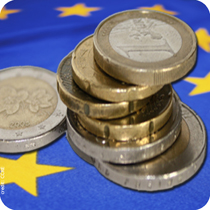 Member states are to gain easier and more efficient access to EU structural funds for their regional development policies, voted the European Parliament. Committee on Regional Development on 18 March.

The adopted report sets out new rules meant to respond to the economic crisis through the acceleration of the flow of advance payments for regional development projects that will help create new jobs and stimulate local and regional economies where national budgets cannot due to a lack of adequate funding. Structural fund implementation rules should also be simplified through this initiative.

Countries having been badly affected by the crisis, determined by impartial economic criteria, will receive 2% advance payment from the European Social Fund (ESF) and 4% from the Cohesion Fund in 2010, which together account for a total 2010 budget of €49.3 billion.

Rules on the 'de-commitment" of funds will also change as, until now, member states have had to pay back what had not been spent within two years of the funding request approval. Thanks to these new rules, there will be more time allotted for unapproved or unimplemented projects, allowing countries more time to spend monies received from EU structural funds.

However, contrary to what the Commission had initially put forward, MEPs voted against member states applying for 100% reimbursement of ESF interim payments between 2009 and 2010 as they believed it would be too costly as well as go against the principle of co-financing (by the EU and member states).

The European Parliament will vote on the report during the plenary on 21 April and the Council of the EU is expected to formalise its position shortly thereafter, in the hopes that the measures will be implemented by the summer of 2010.