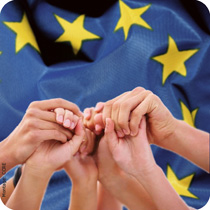 A total of €123 billion were invested in the framework of the European Regional Development Fund (ERDF). Approximately 1.4 million jobs were created, 2 000 km of motorways were built and 14 million people were provided with better drinking water, according to the Commission press release.

Areas such as enterprise and innovation support, transport, and environment benefitted from Cohesion Policy funds during the 2000-2006 budgetary period, proof of the policy's importance.

The Commission's assessment came to the same conclusions as the previously presented Council of European Municipalities and Regions (CEMR) and Local Government Association (LGA) documents recapitulating the positive effects of the Cohesion Policy and regional development.

CEMR has noticed that these effects are not solely economic. Indeed, in its position paper on the subject, CEMR considers the Cohesion Policy to be a 'visible expression of European solidarity", which contributes to the creation 'of a sense of European citizenship".

The soon-to-be revised Cohesion Policy, which will cover the 2013-2020 period, must continue bringing support to all EU localities 'in their social and economic development, with a special focus on the regions lagging behind," asks CEMR. The territorial dimension and the granting of appropriate responsibilities and resources, as recognised in the Lisbon Treaty, must be included in all European policies, including the Cohesion Policy.
CEMR strongly believes that the Cohesion Policy should focus on the exploitation of the territorial potential of the EU as a whole. This requires an EU budget large enough to support a policy that can be implemented in all European regions. Europe needs more, not less Cohesion Policy.