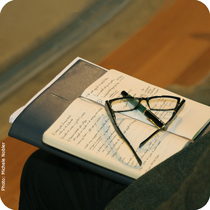 PLATFORMA forum: a glimpse of discussions on development and participatory governance

PLATFORMA’s annual forum, which took place on 2 and 3 April 2012 in Florence, Italy, brought together about one hundred and twenty representatives of local and regional authorities, civil society organisations and European institutions from twenty countries.

Four sessions were organised in order to discuss the different aspects of “Development and participatory governance – Which multi-actor partnerships in Europe and in partner countries?”.  Here is a glimpse of what was said during the different sessions:

"In Italy, decentralised cooperation differs from the traditional model of development aid. It is based on regional systems of cooperation between relevant actors and resembles territorial cooperation at the European Union level."- Giorgio Garelli, Piedmont Region, Italy

"With a system of inclusive economic development, citizens can benefit from a growth that they have themselves participated in achieving, which in turn helps establish a relationship of trust and ensures the sustainability of the project undertaken." - Jean-Noël Gaultier, First Vice-President of the International Affairs Commission of the Pays-de-la-Loire Region, France

"Thirty years ago, our city set a goal to establish a system of shared responsibility enabling citizens to monitor and sanction its local elected representatives and to actively participate in the city’s governance. Today, this system of participatory governance, which required strong technical and political support, has been consolidated.” - Cézar Busatto, Secretary for political coordination and local governance, City of Porto Alegre, Brazil

"There are 500 000 people in my village but only 100 municipal civil servants, including three engineers. Thus, providing support to local elected representatives and technicians is essential when delivering basic services and, for the past ten years, this support has come from our decentralised cooperation partners." - Boubacar Bah, Mayor of the fifth district of Bamako, President of the Association of Municipalities of Mali

“Cooperation on concrete projects, such as water resources management between Palestinian, Jordanian and Israeli communities, fosters mutual understanding and trust and leads to effective solutions. These locally-led actions contribute to the building of peace, unlike actions led at the national level.” - Gidon Bromberg, Director of the Tel-Aviv office of Friends of the Earth Middle-East

European structured dialogue: what next?

“What with the Arab Spring, the era of ‘business as usual’ is over.  The concept of governance, democracy and human rights will be of paramount importance in the upcoming phase of EU development policy.” - Angelo Baglio, Head of the Civil Society and Local Authorities Unit, DG DEVCO, European Commission

The Forum was organised by PLATFORMA in cooperation with the Italian section of the Council of European Municipalities and Regions (AICCRE) and the Tuscany Region.