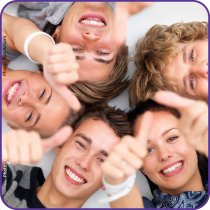 The joint efforts led by the Council of European Municipalities and Regions (CEMR) and the European Federation of Public Service Unions (EPSU) in terms of European social dialogue* have been recognised by the European Commission in its recently published 2012 Industrial Relations in Europe report.

Thanks to our long-standing collaboration, which began in 1998, we have managed to make the European level aware of the need to adequately fund local and regional authorities in the face of increasing austerity measures so as to enable them to provide services to citizens.

CEMR and EPSU, via the European Social Dialogue Committee on Local and Regional Government, have worked hard since the beginning of the crisis to shed light on the continuous cuts made to local and regional resources.  These cuts leave municipalities and regions with new and greater obligations to maintain quality public services with a greater risk of excluding the most vulnerable populations, including youth, elderly, low-skilled employees and the unemployed.

Our active role in the field of social dialogue has led the European Commission to understand the need to increasingly involve the public sector in EU policies, although much work remains to make sure this becomes a reality.

The full report, which reviews trends and developments in the relationship between workers, employers, their respective representatives - including public authorities - at national and EU level from 2010 to 2012, is currently available only in English.  For a summary of the situation, you can also consult the European Commission press release on the issue.

* Social dialogue refers to discussions, consultations, negotiations and joint actions involving organisations representing the two sides of industry (employers and workers). It can take place at all levels (company, sectoral, regional, national, European) and either take the form of a bilateral dialogue between employer and trade union organisations or a trilateral dialogue involving public authorities.