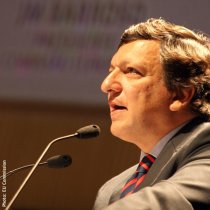 The Council of European Municipalities and Regions (CEMR) welcomes many aspects of the European Commission's work programme for 2008, published on 24 October 2007.
CEMR's head of policy, Angelika Poth-Mögele welcomed the.overall spirit of the work programme: the holistic and integrated approach on one hand, since many subjects cut across the strategic objectives (climate change, energy, migration flows...), and the Commission's stated intention to consult key players in the EU. We hope that this also includes local and regional government that implement many EU political initiatives and legislation, she added.
However, CEMR hopes that the Commission's intention to prepare impact assessments on all strategic and priority initiatives will take into account the impact on local and regional governments and the financial implications for them.
Nothing on services of general interest?
We find it surprising that the work programme does not mention services of general interest (SGIs) or concessions, adds Angelika Poth-Mögele, especially since the Commission is examining whether to propose legislation on concessions, which would lead to a draft directive or a communication in 2008! We therefore do not know whether the European Commission will address SGIs and other similar issues next year in the context of the single market review though Europe's local and regional government urgently need clarification on this crucial issue.
CEMR welcomes the Commission's intention to propose further steps towards a common policy on migration, especially the reference to "a multi-dimensional approach", since in most cases local and regional government have to deal with this issue. CEMR and the association of Netherlands Municipalities (VNG) will organise a conference on the integration of migrants at local level, on 28.and 29 November 2007, in The Hague.
The European dimension to health services is also of relevance to local and regional government; CEMR hopes that these will be consulted on the announced initiatives on patient safety and quality of health services. In many member states local and regional authorities are responsible for health services.
We welcome the European Commission' goal to put the European citizens at the centre of the European project; twinning is one of the most efficient and popular ways to get our citizens closer to the European project. 2008 will be the intercultural dialogue and should therefore help build new links between European citizens.
Sandra Ceciarini, in charge of equal opportunities and development cooperation at CEMR, welcomes the Commission's commitment to install a genuine partnership with Member States to tackle discrimination and achieve equal opportunities. However, this must go hand in hand with the implementation of concrete programmes in favour of equality that would include genuine support to actions in favour of equality in daily life. We also look forward to the setting-up of the Gender Institute in 2008, while hoping that the EU Commission will keep being a driving force in this field. Lastly, we call on the EU to play a key role in the struggle against poverty and in development cooperation. Local and regional government will play an active role through the thematic programme for non state actors and local governments for development cooperation, that will be put in practice in 2008.
The European Commission's 2008 work programme
Translate