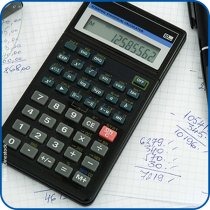 A report entitled Sub-national Public Finance in the European Union published by Dexia Crédit Local and the Council of European Municipalities and Regions (CEMR) in French and English, analyses the financial situation of local and regional governments in the EU. It notably found that local and regional investments have further declined in Europe in 2011.

The study shows that the relative social and economic recovery in the first half of 2011, along with efforts led by local authorities to optimise earnings and to better control expenses, helped consolidate the budgetary balance in the EU sub-national public sector in 2011. It has however been found that the situation in some countries or local and regional authorities, when considered individually, has worsened.

In addition, the report revisits a number of topics that are at the heart of current events, such as territorial and institutional reorganisation in Europe, the transfer of competences, the recent and upcoming reforms of local finances and equalisation systems.  The use of funds in 2011, budgetary discipline and the governance of public finances at the national and sub-national level, are also analysed along with the strengthening of internal stability pacts and the growing issue of external, bank and bond financing for local investments.

The report will be presented by representatives of Dexia Crédit Local at the Speakers' Corner during CEMR's General Assembly of European Municipalities and Regions, to be held from 26 to 28 September 2012 in Cadiz, Spain.

Should you wish to receive paper copies of the report, please contact Emilie Melvin (emilie.melvin [at] ccre-cemr.org).