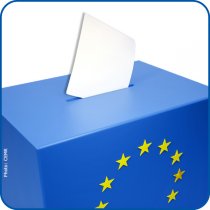 In a letter sent to new members of the European Parliament, CEMR president and Mayor of Almere (The Netherlands), Annemarie Jorritsma, reacted to the European election results.

“The result and the low percentage of voters show that the EU should have the ambition to close the gap with the citizens. Municipalities and regions are the closest governments to the citizens. CEMR, representing over 100.000 municipalities and regions through over 50 national associations of local government in the Europe, offers to work with the EU institutions to realise this ambition.”

380 millions of Europeans went to the polls between 22 and 25 May to elect 751 Members of the European Parliament. The average turnout for the 2014 European elections reached 43,09% of voters – 0,9% more than in 2009. Local and regional elections took place during the same week in Greece, United Kingdom, Ireland, Belgium, Germany and Italy.