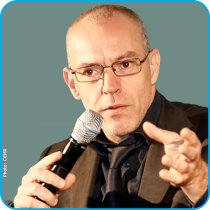 Frédéric Vallier: “Territories have a role to play in helping Europe emerge from this crisis”

In an interview with the French media Acteurs Publics, Frédéric Vallier speaks about his priorities for his new mandate as CEMR secretary general. He also speaks about topics of importance for local and regional governments: negotiations about TTIP or the European initiative on “Better regulation”, launched by the European Commission.


Re-elected for six years, the secretary general of the Council of European Municipalities and Regions, Frédéric Vallier, spoke in detail to Acteurs publics in an exclusive interview about the priorities of his new mandate at the helm of the association of European local and regional governments. In particular, he called for a “governance in partnership” between the European Institutions and local government as a way out of the crisis.

Your mandate as secretary general of the Council of European Municipalities and Regions (CEMR) was renewed in June for another six years. What are your priorities for this new mandate?

Since I was first elected to CEMR at the end of 2009, Europe has been struck by many economic, financial and political crises. From the Greek crisis to the questions relating to the free movement of peoples and the reception of refugees, many issues have fuelled doubts concerning the European project. For this new mandate, I would like to convey, as a representative organisation of territories, a new vision of Europe, an optimistic and visionary one, which fittingly begins with local authorities. I have therefore launched an initiative, which will run until our next congress in April 2016, entitled “A local & regional vision of Europe 2030” (“Debating Europe 2030”), which calls for contributions from local elected representatives and associations in view of strengthening territories’ commitment to the European project. I am convinced that they have a role to play in helping Europe emerge from the crisis.

But are the Eurosceptics not continually growing in numbers amongst local government?

Doubts have been voiced along with strong expectations by both local government and European institutions. The latter look increasingly towards us, rightfully believing that we may hold the solutions to climate issues, economic development and the reception of refugees. As for the territories, there is this idea that Europe can provide answers in those areas where the States have been struggling to find a way out of the crisis. There are obviously political stakes involved and the Eurosceptics have indeed gained ground in local elections. Supporters of the European idea in fact run up against this problem in every election.

Yes, and it has not been taken into account at all in the European and Greek public debates. CEMR carried out a study showing that, while the average share of local public investment in European countries ranges from 50% to 70% of the total public investment, it represents only slightly more than 6% in Greece. If Greek territories are strengthened and given the capacity to invest for development, it offers what appears to be a straightforward way out of the crisis. And this possibility exists because Greek municipalities are much less indebted than their European counterparts. The message that I would like to send to the French government, which has been actively involved in the negotiations on Greece, is this: the means must be found to organise some form of decentralisation of the country, which would also entail a strengthening of ties with French local government.

“Too often, the central administrations lack confidence in the territories”

Speaking of which, what do you think of the last territorial reform undertaken in France?

First of all, it needs to be pointed out that it is part of a general European movement reviewing local organisations. In the past ten years, most European countries have instituted a new territorial map to improve the effectiveness of their public action. The situation is not all bright however. There has also been much recentralisation, going along with the notion that central governments are more efficient than territories. We are of course fighting against this idea. All the studies that we have carried out show that the most decentralised European countries are also the most developed ones. This decentralisation movement must continue in France.

In this regard, are you satisfied with the new territorial organisation law recently adopted in France?

Personally, I am not convinced that the New Territorial Organisation of the Republic (NOTRe) law can be considered real progress with respect to decentralisation. Similarly, I do not feel that the question of the size of French regions is the first issue that needs to be addressed. Our regions were of comparable size to the German Länder. What differs is that the federal system grants greater capacity for action, resources and powers to the Länder. What matters is not land area, but the tasks entrusted to the territories by the central executive, especially those which are no longer overseen by the State.

Indeed, the central administrations, particularly in France, too often lack confidence in their local and regional colleagues, even nursing a sort of contempt for them. For their part, the territories tend to respond by playing the individualism card, saying that they can handle everything better than the State. We need to restore confidence, an element essential to the conduct of public affairs, and sit down together to discuss who does what and who has the means to do it. It is this governance in partnership, which exists in many of the Northern countries where consensual traditions are more rooted, that we wish to promote.

How do French territorial reforms differ from those of our European neighbours?

France was a pioneer in establishing inter-municipal bodies for cooperation and good examples such as this should be acknowledged. Today, many European countries have shown interest in establishing this level. Of course, there is still work to be done regarding economies of scale, but it is a model that responds well to the challenges of streamlining involved in territorial organisation. Municipalities are still a crucial component in keeping alive a sense of community, but it is not hard to imagine inter-municipal bodies becoming the basic structures of local public service, while ties of proximity with citizens are maintained in the municipalities.

“The French elite are not sufficiently involved at the European level”

In a recent interview with Acteurs publics, the former Italian Prime Minister, Enrico Letta, stated his belief that the French elite were conspicuous in their absence from the European institutions. Do you share this feeling?

Indeed, the French elite are not sufficiently invested in the European Institutions. In France, the elite have been educated and trained to manage the central State and are less interested in managing local governments even if that is beginning to change. In any case, they rarely pursue a career at European level. This is also a result of Europe not being taught in the country’s top universities. The feeling that everything is decided in Paris still persists in France even if decisions are increasingly made in Brussels. It is unfortunate because France has many good examples of public sector management that could be adapted at European level.

CEMR plans to get actively involved in the European initiative “Better regulation” launched by Jean Claude Juncker, President of the European Commission. How exactly do matters stand on this?

In the face of criticisms regarding the excess of standards and regulations in Europe, Jean Claude Juncker wanted to establish procedures designed to reduce the number of existing regulations, and to measure the impact of new European standards at territorial level by involving the Parliament, the Commission, the Member States and their local and regional governments. With this in mind, the first decision involved the establishment of a transparency register to keep a record of all lobbyists interacting with MEPs. It was essentially a good measure, except that it was decided that local and regional governments would be included in this register, i.e. that elected entities would be categorised as being similar to oil producers or car manufacturers for example. We are fighting against this decision so that we can be fully integrated in this European better regulation process. It should be noted that 60% of the decisions taken in Brussels have an impact on local governance.

We are not taking a stand for or against the treaty. Nevertheless, we feel that it is crucial to ensure that it does not undermine existing provisions in the European treaties, namely local and regional governments’ freedom of choice in managing their public services. Territories must always be in a position to choose freely between a public company, a granted service, a local public company, etc. The TTIP entailed certain risks in this area. We achieved a first victory on 8 July when the EU Parliament adopted a resolution excluding public services and services of general interest from the scope of the TTIP, thus acknowledging the autonomy of local governments.

The study on the financial situation at subnational level in Greece was presented in Athens on 23 June 2015, to members of the finance committee of the Central Union of Municipalities of Greece (KEDE).

KEDE's resolution (available in English and Greek) on the referendum on the latest bailout terms offered by the country's creditors, next of 5 July.