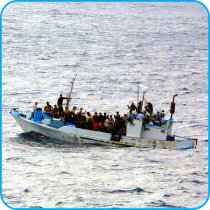 Europe’s towns call for EU budget fund to be triggered

The Council of European Municipalities and Regions (CEMR) calls on EU Member States to urgently trigger the European “Asylum, Migration and Integration Fund”. The EU budget’s fund amounts to €3.14bn and could provide concrete and badly needed financial support to those towns and cities that have to care for tens of thousands of refugees without any financial support.

"The Asylum, Migration and Integration Fund is there to be used," states CEMR president, Annemarie Jorritsma. "It was set up to manage migration flows at EU level. It is unthinkable not to mobilise the EU budget as Europe is hit with its worst refugee crisis ever. 100,000 towns and regions call on Member States to immediately trigger it. It would provide urgently needed financial support to those towns and cities whose public services are overstretched under the weight of new arrivals. It would help those people who fled war, torture and rape to find decent, basic material support."

The Asylum, Migration and Integration Fund was set up for the 2014-2020 period. Applications for emergency assistance can only be submitted by Member States, international organisations or EU agencies. CEMR therefore calls on national governments to open these funds to local governments hit by the crisis and to liaise with National Associations of local and regional governments.

CEMR also calls on more towns and cities to follow the examples set by mayors all across Europe who spontaneously offered to host asylum seekers.

"Europe’s past is littered with conflicts," states CEMR president. "Each of these have produced their sad, still vivid, images of refugees including Europeans seeking shelter for themselves and their family in luckier, peaceful parts of Europe. Each of those conflicts has triggered their lot of solidarity: unknown heroes who opened their doors to strangers in need. We believe we cannot turn our back on this tradition of generosity and solidarity."

CEMR  is  the  European  section  of  United  Cities  and  Local  Governments (UCLG), through which it represents European local and regional governments at international level.

CEMR  brings  together  more  than  150 000  municipalities,  cities  and  regions federated through 60 national associations from 41 European countries. It therefore constitutes the most representative association of local and regional governments in Europe.