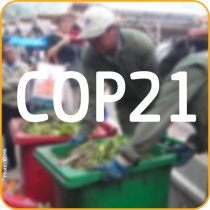 From words to action: San Jeronimo and Edegem cooperate against climate change

The partnership between the Belgian town of Edegem, and the Peruvian municipality of San Jeronimo has been so successful that many other localities in the Latin American country come to visit and study the project that composts organic waste and uses it for agriculture.

The many thousands of tourists visiting this former Incan city of Cuzco do not bother going to San Jeronimo, but many Peruvians do. Residents believe that the project initiated in partnership with Edegem is the driving force behind the local economy.

Betty De Wachter, head of unit for international affairs at the Association of Flemish local authorities, the Dutch-speaking part of Belgium, explained that it took some time before the idea of the project materialised.

San Jeronimo developed a city link with the municipality of Edegem in 2004. At first, the two municipalities embarked on a small-scale collaboration, with the Flemish city providing finance for local NGOs to support local libraries and provide animation sessions for children. This initiative helped establish good contacts between the two cities and their envoys started discussing the problems surrounding the big market of Vinocanchón, in the territory of San Jeronimo, which boasts more than one thousand merchants a day and produces a lot of organic waste.

This is how, during the small-scale library project apart, they started discussing waste management. But waste management was also an issue, because Peruvian villagers and townspeople live together with their animals, and in their houses a lot of organic waste is produced and builds up. Before the project was put in place, organic waste was being placed in a dump and was left to rot or burn. Nobody seemed to care about the environmental impact.