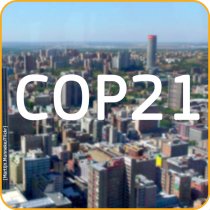 From words to action: Paris teams up with Johannesburg to draft climate strategy

South Africa’s economic capital wants to develop an ambitious climate strategy, following in the footsteps of Paris, the first French city to adopt a similar strategy in 2007. EurActiv France reports.

The city of Johannesburg has been working on its climate change strategy for several months. For Tau Parks, the city's mayor, who dreams of a greener future for the South African economic hub, the aim was to announce the strategy ahead of the COP21, which opened in Paris on Monday (30 November).

But following the advice of their Parisian counterparts, the Johannesburg authorities decided to announce their emissions reduction objectives during the Paris Climate Conference, and to launch their climate strategy in 2016.

"Originally, Johannesburg wanted to announce its plan before the COP21, but Paris encouraged them to take more time," explained Matthieu Robin, the head of urban development at the French Development Agency (AFD).

The services of the Paris mayor's office established an exchange of expertise with Johannesburg in August. "We are trying to help them benefit from our experience, especially on the accounting of emissions and on the identification of possible levers for action," said Patrick Klugman, Deputy Mayor of Paris in Charge of International Relations and Francophonie.

This task is already supported by the AFD and the C40, a network of cities committed to fighting climate change, launched by the former mayor of New York, Michael Bloomberg.

Under threat from climate change

For Johannesburg, the issues are quite different. "The city of Johannesburg is still very much marked by the spatial divides of apartheid," said Robin. As a result, exchanges between the two cities focus more on the methodology needed to develop a climate strategy than on concrete actions.