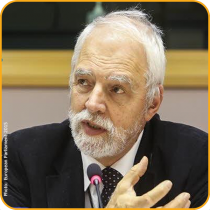 Ahead of Habitat III UN conference in Quito (Ecuador), PLATFORMA officially joined the European Parliament URBAN Intergroup. A joint event is already planned for 21 June where MEPs and the Intergroup partners will discuss the draft of the new Urban Agenda and the EU’s position for Habitat III.

The URBAN Intergroup President, Jan Olbrycht MEP (EPP, Poland), declared: “I am very pleased that PLATFORMA became the 120th partner of the URBAN Intergroup. The growing importance of decentralised cooperation in urban matters is a fact, that is why the URBAN Intergroup wants to have a fruitful collaboration with PLATFORMA in the future”. He added: “Our joint event mid-June will be the first concrete step to discuss urban issues with the town-to-town and region-to-region perspective, a few weeks after the adoption of the Pact of Amsterdam and ahead of the Habitat III conference”.

MEPs, PLATFORMA and the Council of European Municipalities and Regions (CEMR) – both as members of the Global Task Force (GTF) of Local and Regional Governments’ – are actively engaged in the preparatory process of the new global Urban Agenda, which will set worldwide priorities towards sustainable urban development for the next 20 years.

PLATFORMA recently adopted key recommendations towards Habitat III process. Its members want to see Local and Regional Governments at the negotiation table of Habitat III final Conference, as well as in the national delegations attending the Conference.

The European Parliament URBAN Intergroup is bringing together 90 MEPs representing most EU Member States, all the Parliament political groups and working in all the parliamentary committees. It collaborates with 120 partners from local, regional, national and European level that represent the interests of Europe’s town and cities or work in domains relevant for urban development.