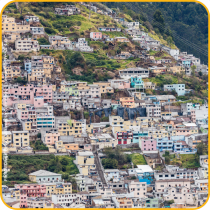 Members of PLATFORMA – the European Voice of Local and Regional Authorities for Development – adopted key recommendations towards Habitat III process. This joint Declaration, which complements the Global Task Force (GTF) of Local and Regional Governments’ recommendations, comes before the conclusions of the European Council on Habitat III to be issued on the second week of May.

PLATFORMA believes that international cooperation and exchange of good practices among cities and regions is an important instrument for the implementation of the New Urban Agenda.

PLATFORMA members’ recommendations will be sent to EU institutions and its Member States to influence the new Urban Agenda to be adopted at the Habitat III Conference in Quito (Ecuador) from 17 to 20 October 2016.

PLATFORMA members want to see Local and Regional Governments at the negotiation table of Habitat III final Conference, as well as in the national delegations attending the Conference.

PLATFORMA encourages further empowerment, autonomy and financial sustainability of Local and Regional Governments, but also effective working partnerships between central and local governments in each country towards the definition and implementation of integrated national urban policies.

Members stress the need to promote inclusive, green and innovative towns, cities and regions for all. They also call for a strong action agenda and a monitoring mechanism developed in cooperation with Local and Regional Governments, taking into account indicators that were developed in the last years, such as the ones in the Urban Atlas or the Reference Framework of Sustainable Cities (RFSC).

Mid-March, PLATFORMA and the GTF represented by the Council of European Municipalities and Regions (CEMR) were invited to take part in the closed Advisory Board negotiating the main outcome of the Habitat III European Conference, the Prague Declaration.