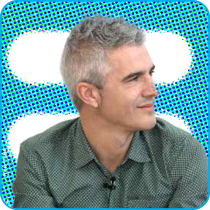 This interview was first published in Carta Local, the monthly publication from FEMP, CEMR's Spanish association.

Interview with the Mayor of Galdakao, President of the CEMR Standing Committee for Equality and CEMR spokesperson on equality, Ibón Uribe.

What does CEMR do for equality?

CEMR’s mission is fundamental and its multi-level work encompasses three spheres: fostering and facilitating equality policies in European municipalities, incorporating equality into the structure, culture and work of CEMR as an organisation, and putting pressure on European Institutions to strengthen the role of municipalities in the implementation of European policies on equality.

How does this work affect citizens?

Our activity has a direct impact on the daily life of women and men. CEMR’s work is underpinned by a common standard for all municipalities, the European Charter for Equality of Women and Men in Local Life (2006). The signatory local governments of the Charter make the political commitment to develop equality policies in different spheres. Since its launch, hundreds of projects have been implemented in order to create more inclusive and equal towns and cities.

There are many success stories, such as that of the Basque municipalities that launched the ‘Beldur Barik’ project, to prevent gender-based violence among young people.  A second success story is that of the Swedish city of Västerås,  where the gender perspective has been incorporated into the municipality’s urban planning and infrastructure.

What are the goals of the CEMR Standing Committee for Equality?

The objective for the coming years is to maximise the transformative power of municipalities to make our society more equal and to put equality at the centre of the political agenda locally and regionally.

Specifically, we aim to influence European institutions’ policies on equality as representatives of municipalities, their associations and CEMR; and to raise awareness among at the political level by increasing the number of signatories of the Charter. We also want to strengthen the work of associations and monitor the implementation of the principle of equality in CEMR’s statutory bodies.

In June 2018, Bilbao will host CEMR’s conference on equality, diversity and inclusion. Ideally, I would like the event to attract the largest possible number of signatories of the European Charter to create a network of European municipalities for equality, inspired by the example of the Basque network.

What are the basic objectives beyond this term of office?

In Maastricht, we decided on our mid and long term priorities in terms of equality. Among them, there is political commitment, meaning gender equality must be at the centre of the political agenda; balanced participation of women and men in political life and at all levels of government; eradication of violence against women; equality as a core European value; as well as European funding of local actions to foster equality.

Achieving these goals depends on our capacity to put equality at the heart of the political agenda, and on providing the necessary resources. There needs to be a coordinated effort by the different levels of government and the fundamental role that European municipalities play in this field must be recognised.

Concerning the future of the EU, what should CEMR’s role be?

Among CEMR’s goals, there is the development of the European spirit in towns and regions. To build a better Europe based on the local level, which is the foundation of European democracy, solidarity and coexistence.

In the coming years, our ambition will be to strengthen good local governance and to get local institutions and citizens closer together.