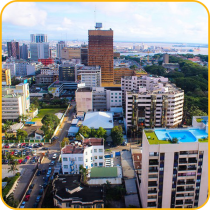 This is what CEMR president, Stefano Bonaccini*, stated during the Assises of decentralised cooperation on 10 July at the European Committee of the Regions, in Brussels.

Representing European local governments, the President sought to establish political perspectives and priorities for the future of Euro-African cooperation at local level.

On both sides of the Mediterranean, it is in our interest to establish a common strategy. A strategy to cooperate on topics such as asylum, the economy, and the environment, which do not affect one continent without impacting the other. For this to work, local governments’ international action must also be political. It is therefore time for Europe and Africa’s local governments to come together: this will be the case at the Abidjan forum in Ivory Coast.

“We must create a forum for political dialogue, to accompany the instruments which support local and regional actions on the ground.” That is the proposal made by President Bonaccini ahead of the Abidjan forum, taking place on 27 November.

The Abidjan forum is an unprecedented event: for the first time ever, local governments from the European Union and the African Union will officially meet; thanks to the organisation of PLATFORMA, CEMR and UCLG-Africa.

This forum is all set to give rise to major steps in Euro-African local government relations.

*Stefano Bonaccini is president of CEMR, AICCRE and the region of Emilia Romagna.