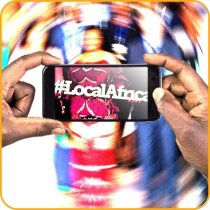 The forum took place alongside the African Union – European Union Summit of heads of state and government, on 28 November 2017 in Abidjan, Côte d’Ivoire.

“There will never be another AU-EU Summit that does not take into account the voice of local and regional governments,” said Frédéric Vallier, Secretary General of CEMR and Jean-Pierre Elong Mbassi, Secretary General of UCLG-Africa, concluding the debates, just before handing the Declaration to Sidiki Diakité, Minister of Home Affairs and Security, Côte d’Ivoire. He will give it to Cote d’Ivoire President Alassane Ouattara during the Heads of State and government summit.

European and African local leaders have expressed the wish to give new impetus and ambition to the UA-EU political partnership to bring shared, innovative and sustainable solutions to the challenges and increasingly complex problems. Mr Vallier and Elong Mbassi added: “For an effective future partnership between the AU and the EU, people need to be implicated. And this is best done through their local governments”.

This first Africa-Europe Local Government Forum was jointly organised by PLATFORMA, UCLG-Africa, CEMR and the Covenant of Mayors in Sub-Saharan Africa, with the support of the European Union and the African Union, the Association of Regions and Districts of Côte d’Ivoire (ARDCI) and the Union of Cities and Communes of Côte d’Ivoire (UVICOCI).

Earlier during the day, Stefano Bonaccini, President of CEMR said: “the future of Africa is the future of Europe. And as representatives of Europe’s towns and regions, I can only stress that we are eager to contribute to this sustainable future of both continents. We are here because we believe in partnerships.” He added: “we demand the AU and the EU to listen to us but we also need to listen to each other as equal partners”.

Mpho Parks Tau, President of UCLG, called for a renewed global compact between citizens and States. “Even if we have different realities, we need to work together,” he said.

Ideas that were largely echoed by Linda Mc Avan, MEP, Chair of the Committee on Development and member of the EU-ACP Joint Parliamentary Assembly: “We must have local governments as real partners in the AU-EU partnership,” she said, mentioning the European Parliament work on the revision of the European Consensus on Development, the negotiation mandate on the future of EU-ACP partnership and the discussions around AU-EU strategy.

You can find the full article on PLATFORMA’s website.