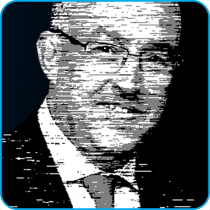 How the Mayor of Rotterdam sees the future of Europe

What is Europe's future? In a contribution to CEMR’s new publication "Europe 2030: Local leaders speak out", the Mayor of Rotterdam, Ahmed Aboutaleb, reflects on several issues that will shape the future of the European project.  We are witnessing a global trend with the development of more and more megacities. People, wherever they are, wherever they come from, they find their future in urban areas. And this renewed urban focus is also being reflected by EU policy makers: for many years several initiatives have been aiming at promoting sustainable urban development, but despite all the best intentions, they were often piecemeal and limited to a few specific sectors. The last years this has been changing through initiatives such as the Intergrated Territorial Investments and Smart Cities and Communities that are aiming to support urban development in a more intergrated manner.

And since 2016, we have an Urban Agenda for the EU subscribed to by the member states in the Pact of Amsterdam. This represents an important step for the EU because until today the Treaties have not included the word "urban" or "city".

It is a fact, we are on the eve of a major shift in our economies which will drive the urbanisation process further in several fronts. But this change will be, above all, led by towns and regions.

The move away from traditional industries based on fossil fuels and materials to a more sustainable, energy neutral and circular next economy will have profound consequences on our functioning.

At the same time, cities can turn this change into great job opportunities to make our way of life more sustainable. In Rotterdam, for instance, we launched the Rotterdam Renovation Fund to accelerate energy efficiency renovation of privately owned houses. This programme should modernise 10.000 houses by 2020 which will result in many new jobs and at the same time make a strong local contribution to the commitments of Paris Climate Agreement.

We can no longer rely on traditional business models nor our governance systems in towns and regions. We are not able to adapt our systems at those speeds, this is why we need to ensure that our governance frameworks and legal systems are flexible enough to support new business development.

There is no doubt, the transition to the new economy will have profound effects on the labour market. For instance, robotisation and 3D printing in particular will result in job losses in traditional industries. But at the same time new jobs will be created that required new skill sets.

What these will be, it is all but certain, but it is absolutely clear that the educational institutions ranging from master-apprentice schemes to (technical) universities need to be fully engaged in the transition.

And there local and regional governments expect the European Union to be able to make a difference. Governments have been focusing too much on meeting the rules of the Stability and Growth Pact. The maximum 3% budget deficit sometimes seemed the only thing that mattered. I firmly believe that the EU should set along the same lines a maximum 5% unemployment target. The jobless growth we are experiencing today in our cities makes it essential that we ensure a better balance between budgetary tightness and socially desirable economic growth.

Too often the member states are pointing at Europe when things go wrong and too often the Commission has to stress that they do not have the competences to intervene. Although this might be true we cannot explain our citizens why immigrants and refugees are spread over parts of the Union but their integration is up to the cities. You can set up temporary homes in less urbanised areas, but in the end these people will move to the cities in search of a better future.

From my personal experience I know how incredibly difficult this is: learning the language, adjusting to new laws, adapting to local customs and respecting the constitution. Becoming part of the We-society that is open to many identities is what integration is about. The city is a melting pot of cultures and nationalities. As cities we are in the best position to help making integration successful. But we also need all the help we can get and address these issues collectively. Looking away because of formal competences or other reasons is not what Europe is about.

Looking at Europe’s future, we can already see that is very fragile today. We are still in the early phases of identifying what effect Brexit will have on our future. Much will depend on how the future relationship will be defined but it will affect us surely. We, in Rotterdam, work closely together with several cities and there are strong business ties between companies from Rotterdam and those in the UK. Those ties will not be broken because of Brexit but will absolutely be more challenging.

Here too cities shall make the difference in Europe. Not sticking to formal procedures but looking into how new forms of governance and cooperation can make the difference. We need co-creation with the inhabitants of our cities. Instead of deciding everything from City Hall allowing the neighbourhood to decide how they would do it. We need working in informal international platforms to tackle joint challenges such as climate change, integration and the transition to the next economy. With such strong cities Europe will be resilient to what the future will bring.

Traduire
The book "Europe 2030: Local leaders speak out" is the result of two years of discussions and debates within CEMR. It is a collection of ideas from more than 100 local and regional leaders, from all over Europe, and a synthesis of thoughts and analyses.

To read a summary of the contributions, click here.