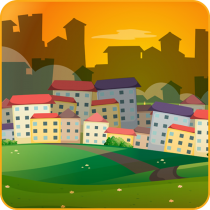 The EU should team up with cities and regions

The European Commission published yesterday its reflection paper “Towards a Sustainable Europe by 2030”, which outlines its strategy for delivering on the UN Sustainable Development Goals (SDGs).

This is definitely good news for European towns and regions: they call for the SDGs to become the guiding principles that Europe needs to set up its future common strategy.

“With the adoption of its long-awaited reflection paper, the Commission makes a significant step forward towards a more sustainable future. Indeed, the SDGs and the Paris Climate Agreement must become the guiding principles for all EU policies, from climate to cohesion, and from trade to the digital transition. This will give a strategic direction to the EU’s goal of economic, social and territorial cohesion.

Taking into account that 65% of the SDGs cannot be fully achieved without the involvement of cities and regions, the EU needs to team up with us. The future strategy of the EU should lead to the transition of the European development model towards a sustainable, clean, sober, carbon free future to which towns and regions are ready to contribute. This is what we have called for as members of the Commission’s high-level multi-stakeholder platform on the SDGs,” says CEMR Secretary General, Frédéric Vallier.

“This Reflection Paper is crucial in the recognition of the partnerships between cities and regions from Europe and partner countries. We call on the EU to go further and involve a delegation of mayors at the next High-Level Political Forum, the UN central platform for the follow-up and the review of the implementation of the 2030 Agenda,” added Marlène Siméon, PLATFORMA Director.

We walk our talk

As stated in our manifesto for the European elections in 2019, the CEMR supports the Commission’s proposal for an overarching EU SDGs strategy to guide the actions of the EU and its Member States.

To walk our talk, CEMR and PLATFORMA will integrate the SDGs as guiding principles for annual objectives, positions and working programmes in the years to come.