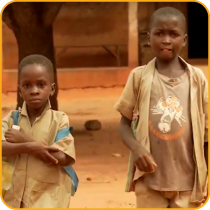 Video “No child without a birth certificate”

In Benin, the Mayor of Dogbo has concluded a partnership agreement on birth registration with his Belgian counterpart from Roeselare. Strong actions are being taken on equipment, recruitment, training and awareness-raising. During their missions to Dogbo, the Belgian delegation takes into account the cultural differences to make it a successful project.

In 2018, the Dogbo-Roeselare decentralised cooperation project received the first prize of the first edition of the PLATFORMAwards organised by PLATFORMA and financially supported by the European Union.

The film was realised by Jean Crousillac from Backpack Productions, with the precious help of the cities of Dogbo and Roeselare, and the Association of Flemish Cities and Municipalities (VVSG).