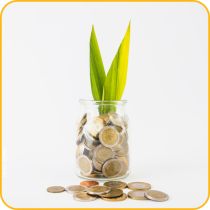 PLATFORMA is concerned that local and regional governments will face significant challenges to access EU funding after 2020, if the European Commission Neighbourhood, Development and International Cooperation Instrument (NDICI) proposal is not changed.

The future NDICI will bring important changes to the architecture of EU external aid. The increasing importance of geographic programmes will be challenging for Local and Regional Governments (LRG) to position themselves in the national and regional dialogue between EU delegations and national governments of EU partner countries. It will be crucial to become a strategic partner in the geographic programmes in order to ensure that selected priorities in EU partner countries suit local and regional governments, SDGs localisation, decentralisation reforms, enabling environment, territorial development, etc.

A concern is raised by the absence of a specific thematic programme and related budget line to support towns and regions which may undermine their capacity to cooperate and localise the 2030 Agenda.

To avoid this outcome, PLATFORMA presented a series of recommendations to empower towns and regions as key players of EU development cooperation. This document completes PLATFORMA 1st position paper developed last summer, following the proposal of the European Commission in June 2018.

Thanks to a fruitful collaboration, the European Parliament has supported most of PLATFORMA’s request in its resolution adopted during Strasbourg’s last plenary session. The ball is now in the hands of the Council. It’s time for towns and regions’ associations to widely share PLATFORMA’s position with national governments!