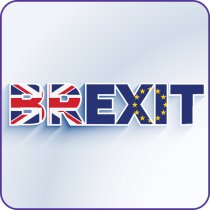 Brexit is finally upon us.

But while the United Kingdom and the European Union may be splitting up, local and regional governments will continue to remain in partnership through CEMR.

“Britain remains in Europe and we wish the best to our friends in the UK”, said CEMR Secretary General Frédéric Vallier. “Mayors and councillors know that cooperation and partnership between local governments across Europe will prevail in the face of common challenges, in particular climate change, which knows no borders.”

Cooperation between UK and EU municipalities and their associations will continue in a number of areas with the objectives of
In addition to losing 73 MEPs, the UK will no longer have a delegation of 24 local and regional politicians represented in the Committee of the Regions. This will make CEMR’s role all the more important in facilitating contacts and bridge-building between UK and EU local governments.

As a pan-European organisation, CEMR already includes almost 20 member associations hailing from non-EU countries. UK associations of local government are committed to remaining full and engaged as members of CEMR as well as of global and Commonwealth bodies (UCLG, CLGF).