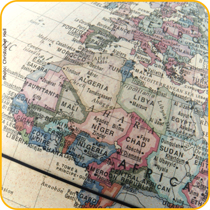 Hurry and sign up for PLATFORMA's annual forum on development cooperation (Deadline: 22 February)

Don’t forget to sign up to participate in the annual forum of the European platform of local and regional authorities for development cooperation (PLATFORMA), to be held in Brussels from 4 to 5 March: the deadline is set for 22 February 2013!.

The forum will be an opportunity for local and regional elected representatives in Europe, EU partner countries and European decision-makers to debate on a number of questions, including:

The forum will also mark the launch of a publication on development effectiveness from the perspective of local and regional governments.

Speakers will include: Fatallah Oualalou, mayor of Rabat (Morocco), president of the Northern African section of United Cities and Local Governments of Africa; Oldřich Vlasák, vice-president of the European Parliament, executive president of the Council of European Municipalities and Regions (CEMR); Maiga Aziza Mint Katra, deputy mayor of Timbuktu; and Alfonso Polanco, mayor of Palencia.