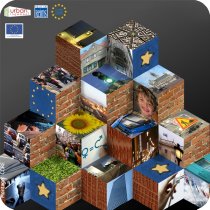 Europe's local governments can only fulfill their mission within a strong partnership with regional, local and European authorities on one hand, and their citizens, the private sector and local associations on the other. This new territorial governance must therefore be recognised, promoted and supported.
This is the core of the call launched at the end of the Reims conference on 15 September 2008.
The conference was organised by the European parliament's Urban-Logement Intergroup with the support of the Council of European Municipalities and Regions (CEMR) and the city of Reims. Some 150 local and European representatives attended.
The chair of the Intergroup, MEP Jean-Marie Beaupuy, said that from transport to environment, from social policy to economic development, policies implemented in our town concern more and more stakeholders. Good local governance therefore needs cooperation and dialogue between all parties. This is the gist of the Reims declaration: the nature of this new territorial governance must be acknowledged.
The mayor of Reims Adeline Hazan opened the conference and showed participants concrete examples of her municipality's achievements in this field. EU Commissioner for regional policy Danuta Hubner followed by expressing her support to that initiative.
Good governance is not just about efficiency and citizens' involvement, said the vice chair of the Intergroup, MEP Jan Olbrycht; democracy is one of its key pillars. Public services can be efficient under totalitarian regimes, this does not amount to good governance!
Member of the European Parliament and CEMR vice president Oldrich Vlasak stressed that 80% of European citizens live in urban areas, and close to 80% of the EU's GDP is generated in towns and cities. This has an impact on urban policies in terms of housing, crime and pressures on public services.
There is no pyramid but rather "spheres" of governance added CEMR secretary general Jeremy Smith: local, regional, national and European players are equal partners. One should rather talk about the pyramid of governance made of three sides: identity - democracy - efficiency. Jeremy Smith also highlighted the role played by AFCCRE in France in terms of promoting partnerships.
The conference closed with France's minister for urban planning, Hubert Falco, expressing his support to Jean-Marie Beaupuy's initiative: the Reims Statement.
The Reims statement (in French)
The European's Parliament Urban-Logement Intergroup (in English and French)