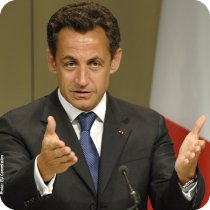 The Lisbon Treaty, the EU budget reform, the future of public services, or the Union of the Mediterranean: the Council of European Municipalities and Regions (CEMR) calls on the French Presidency of the EU to act in favour of local and regional government when.implementing the Presidency's programme.
From 1 July to 31 December 2008, France is taking over the Presidency of the European Union. On this occasion, CEMR has sent a message to the French Presidency, in which it addresses key issues for local and regional government on eight specific areas.
On the Lisbon Treaty, CEMR calls on to maintain and implement gains contained in the Treaty for local and regional government. These include the explicit recognition of local and regional self-government, the extension of the subsidiarity principle to include local and regional government, the extension of the concept of cohesion to include territorial cohesion, and the new protocol on services of general interest.
CEMR considers that the debate on the budget review and on the future of the cohesion policy are closely linked. An open discussion on the challenges that the EU is facing internally and in the global context should aim to achieve a well-reflected balance between financial considerations on the one side and economic and social cohesion, together with the challenges ahead (e.g. climate change, energy, demographic development, etc.) on the other side.
Even though the French presidency has not indicated that it will take any action in the area of public services, CEMR wishes to address the question of inter-communal cooperation and the application of the public procurement rules.
CEMR welcomes the French Government's promotion of the concept of a European Charter on development co-operation in support of local governance. CEMR however urges that the new Union for the Mediterranean include an important role for, and involvement of, local and regional authorities.
Other key issues for local and regional government presented in the message to the French Presidency include environment and sustainability, energy policy and climate change, European transport policy and integration of migrants.
Botschaft an die Französische Präsidentschaft der Europäischen Union
Translate