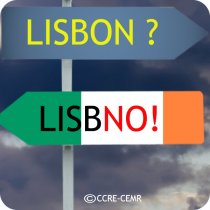 The president of the Council of European Municipalities and Regions (CEMR) and mayor of Vienna, Michael Häupl, has expressed his disappointment in the wake of the rejection of the Lisbon treaty in the Irish referendum.
Though we entirely respect the decision of the Irish people, CEMR cannot help being disappointed by the outcome of the referendum, said Michael Häupl. The treaty not only helps to improve the EU's decision-making processes, it also strengthens the role of local and regional government within the EU in very important respects. Until now, we have been the hidden partners in the shaping of Europe. We are therefore very pleased that the principle of local and regional self-government is at last recognized in the treaties.

On 4 and 5 December 2007, CEMR's Policy Committee adopted a declaration on the Treaty of Lisbon. In it, CEMR welcomed the treaty and argued that the stronger consideration of the local and regional dimension in the Treaty is not a symbolic reference, but has real meaning and legal consequences, including on issues regarding the role and management of our public services.

These provisions on services of general interest, said Mr Häupl. would help to protect local services which the European institutions sometimes excessively interfere with in the name of the internal market.
According to CEMR's president, far from centralizing things more to Brussels, the Lisbon Treaty in fact achieves a better balance between what Europe does and what can best be done at local and regional levels. Whatever happens next, we insist that these gains for local and regional government are maintained and implemented.
CEMR's declaration on the treaty of Lisbon
Europa's website on the treaty of Lisbon
Translate