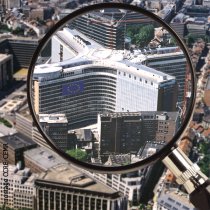 Transparency initiative: 'Regions and municipalities are not private lobbyists!"

The Council of European Municipalities and Regions (CEMR) calls on the European Parliament to distinguish local and regional government from commercial and professional lobbyists in European legislation.

In a letter to the EP's Constitutional Affairs Committee, on the eve of the vote on the Commission's transparency initiative, CEMR states that 'representatives of regional and local government are not of the same nature as professional lobbyist, private companies or NGOs. Local and regional authorities and their elected representatives are in line with democratic principles, they are organised in a transparent and accountable way and thus dispose of a legitimacy, which distinguishes them from other lobbyists who follow purely or mainly commercial, financial, professional or single-issue interests."
Unlike private sector lobbyists local and regional representatives represent virtually every single European citizen, and since some 70 % of the European legislation is implemented at local or regional level, they play a key role and should be considered partners of the EU institutions in the European governance process, says CEMR director of policy Angelika Poth-Mögele. Therefore, our efforts to shape EU legislation on behalf of our municipalities, cities and regions cannot be compared to the lobbying by the private sector or NGOs.
The Constitutional Affairs Committee is expected to vote on the European Commission's transparency initiative on 1 April 2008. In its letter, CEMR asks MEPs to amend paragraph 8 that addresses the status of lobbyists.
The European Commission's transparency initiative was launched in 2005. One of its main aims is to introduce a lobbyists' register and a code of conduct for interest representatives in spring 2008. CEMR replied to the Commission's first draft, in 2006.
The European Parliament's draft report on on the development of the framework for the activities of interest
representatives (lobbyists) in the European institutions
CEMR Response to the European Transparency Initiative
Translate