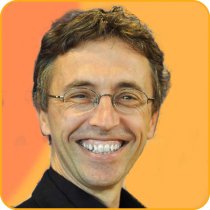 Former Commission spokesperson for the EU budget Patrizio Fiorilli has been hired as communication manager by the platform of European local and regional authorities for development, PLATFORMA. After five years (2010-2014) of endeavouring to make the EU budget more accessible to a broader audience, he will now speak on behalf of decentralised cooperation (town to town / region to region development cooperation).

Decentralised cooperation, like the EU budget, covers a broad range of issues such as climate, migration, health, gender equality or education. It has quietly achieved tangible results around the world as the gentler, one-on-one way to do cooperation, states Patrizio Fiorilli; thousands of European towns and regions and their umbrella organisations are working daily to improve the lives of millions of less well-off people worldwide; their work deserve more recognition across Europe.