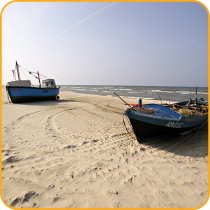 PLATFORMA and the LADDER consortium call for greater recognition of local and regional authorities in the revised European Neighbourhood Policy (ENP).

While the new policy does incorporate some of the suggestions made during the open consultation, a number of important issues remain unaddressed. This might endanger the capacity to deliver results.

Local and regional governments (LRGs) must be more involved in the identification of priorities, as well as in the implementation and evaluation of policies launched under the bilateral action plans, in order to ensure a greater ”localisation”.

Furthermore, the ENP should have as one of its main objectives to strengthen the decentralisation processes already taking place across the neighbourhood, as this is the best way to build institutional accountability and effectively tackle corruption.

The new ENP must also recognise the role that cooperation between cities and regions can play in view of achieving the policy’s objectives, by boosting the capacities of LRGs in partner countries in such areas as integration of migrants, local economic development, and climate adaptation. It is high time that the European institutions tap into this insufficiently exploited resource.

Finally, the signatories warn against the possibility of the ENP becoming a mostly security-oriented instrument. The promotion of democratic reform and European fundamental values in the neighbourhood must remain the policy’s backbone.