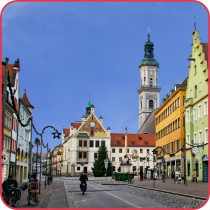 Investing in our territories is a top priority for both local governments and the European Union. One important step on this path is to maximise the impact of European Structural and Investment Funds (ESIF). This is shown in a very realistic report adopted by the European Parliament on 16 February.

As stated in the report prepared by rapporteur MEP Lambert van Nistelrooij, “a decent investment policy close to the citizens is needed more than ever.” In particular, this report points out three great opportunities for the future of cohesion policy.

1.    The partnership principle should be fully respected

An effective delivery of cohesion policy requires different spheres of government to work together. It is even an obligation for the design and delivery of EU funds in the current programming period. However, this is not always the case. It is essential to have a strong involvement from local and regional governments early on: they know what their territories need. How? We suggest a tripartite agreement between the Commission, the national government and representatives of local and regional governments. See CEMR’s analysis on the use of central-local partnerships to ensure territorial development and cohesion for more details.

2.    Towns and regions should have more power over structural funds

For all types of territories, a place-based approach is the way to go to maximise investments. In this regard, Integrated Territorial Investment (ITI) is a useful tool to devolve decision-making to a specific local area. CEMR released a study on ITI, revealing local governments need more decision power over their local development strategy. To this aim, a wider use of ITI should be promoted.

3.    Barriers to local investment should be lifted

One very appropriate remark in the report is that it recognises that local governments often meet obstacles, such as accounting rules, which prevent them from making crucial investments. For instance, many member states refuse to co-finance investments with local governments because it would count as state debt, even if they could provide the necessary resources. This is just one example that should be changed by improving fiscal and accounting rules. For more information, see CEMR’s position paper on reviving public investments.

28 February: Mayor of Sala and CEMR spokesperson on cohesion policy Carola Gunnarsson will speak at the European Parliament’s Committee on Regional Development (REGI)