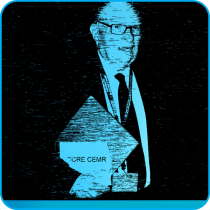 The first and last witness of the creation of the Council of European Municipalities and Regions brings us back to 1951, in the aftermath of the Second World War.

Was does our past say about our future? The answer in this exclusive interview.

In 1951, what made you want to create the first organisation of local elected representatives in Europe?

It was the threat of the Soviet Union. Two countries were in a particularly delicate situation because of the presence of a strong communist party after the war: Italy and France. To begin with, I was not very pro-German. On 11 November 1940, I took part in the first great resistance protest against collaboration and German occupation, alongside thousands of students on the Champs-Elysées. I was a student at the law faculty. I had been a pupil of the Ecole Primaire Supérieure, which would later become the Lycée Jean-Baptiste Say. My history and geography teacher was Jacques Ancel, one of the fathers of French geopolitics, who had a great influence on me and who was against the German theory of the “living space”. Jacques Ancel, who fought in Verdun, was deported to Drancy where he died in 1942. He wore the yellow star, and I was the last one to see him before his deportation. My father had also spent three years in military service and four years and a half at war. He hated the Germans. He was a Gaullist, and so was I. That’s why I wasn’t very pro-German to begin with.

Moreover, I have always been pro-English. I believe that democracy was born in Great Britain and I will tell you why: firstly for the Magna Carta , and secondly for the Habeas Corpus, the text according to which no one may be sent to prison without the decision of a judge. At the same time in France, Louis XIVth was sending people to prison with a simple “lettre de cachet”. There is a third reason why I have always been pro-English. One century before the French revolution, there was already a government which was responsible to Parliament. Finally, I would also say that I have always been very admirative of Winston Churchill. Those are all the reasons why I was rather pro-English than pro-German after the war. But the West had to be saved from threat of the Soviet Union. I have always been a liberal, I have always been against a planned economy. That is how I decided to take part in the European project and to adhere to the creation of the Council of European Municipalities, which would later become the Council of European Municipalities and Regions in 1984.

At the time, what was the state of play of democratic principles and local autonomy?

Among CEMR’s founders, there was Jean Bareth, of course, and Voisin (whose real name was Bourgeois) who was a vichyssois! I believe he hurried to write the statutes of a federalist organisation! I am not a hero, but as I told you, I took part in the protest against the German occupation on 11 November 1940 on the Champs-Elysées. It was a great protest against the Germans and Hitler did nothing because he did not want any trouble with the French, as in reality; he had obtained what he wanted from Pétain…
To return to the post-war period: the situation was not great in France in 1951, you know… We had to wait for the return of General De Gaulle to put things back into place, because it had been impossible to keep a stable government.

As for local autonomy, things were not great either. The French were mostly worrying about having a piece of bread to eat. That was the priority, as our economy had to recover from the war.

And which assessment would you make today?

That is difficult to say. I think the French President is pursuing an uneven policy. I would say the situation is mixed. People want to reform this country. The President of the republic wants to reform the country, but you know: France is a difficult country to reform! In our history, there have been two great men, Cardinal Richelieu and General De Gaulle, who managed to make things move in France. But making things move in France is no easy task!

About local autonomy: it is not perfect today either, despite the progress that has been accomplished. There is still a lot of progress to accomplish in order to reach the local autonomy we wished for in the Charter of local liberties in 1953, which we still want. CEMR should keep working towards this goal.

As one of CEMR’s founding members, what are you the most proud of, personally?

Of bringing people closer together! And still today, I strongly believe in education. Because it is only through education that we can bring people closer together. Thanks to CEMR, we have brought people together; through town twinning or through exchanges, for instance. This wasn’t easy just after the war, especially at the beginning, when the countries had ripped each other apart!

I have already told you why we created CEMR in 1951, but I would add one thing: I believe in European civilisation, which gave birth to great literature, philosophy and music. I consider our Greco-Roman heritage and the Judeo-Christian religions to be the foundation of our democracy. This must be known and kept in mind! This is all the foundation of the European project, which is unique!

In your opinion, what are CEMR’s greatest accomplishments?

That’s a difficult question to answer, as CEMR has contributed to many things in the process of European construction. But as you will have already understood, in my opinion, the greatest accomplishments will have to be town twinning and exchanges, because without them, we would not have been able to progress in bringing Europeans closer together. I believe in culture. We have to believe in it, because we have to understand the other, how other Europeans are if we want to live together and share a common project. CEMR has greatly contributed to bringing people together, to bringing citizens together. But in order to succeed in this, culture is essential as if we know the language, poetry, literature or history, then we can really understand the other and their civilisation. It is essential to continue to work towards this, as there is still so much work to be done!

What justifies the existence of such an organisation in the present day?

It’s always the same thing! The mission that CEMR wanted and began in 1951 has not yet been accomplished, it is not over! We have to continue bringing people together. The work ahead of us is immense. We are still wary of the foreigner! You have to read Albert Camus and his masterpiece “The Outsider”. It is important for CEMR to keep working on the promotion of exchanges and twinning. CEMR must keep striving for a united Europe and as you can see, we are not living easy times. We have to work non-stop. Never allow yourself to think your goals have been reached and achieved forever! Especially now that Europe is going through a difficult period!

What do you think of Europe’s current political situation, given the increase in nationalism and populism, and at the same time, movements driven by strong European convictions?

I am very worried! Look at what is happening in Hungary or in Poland: it’s worrying, very worrying! Even the Czech, who were passionate Europeans to begin with… These were very European people, the phenomena we are witnessing today can only make us worry. We must fight to make sure Europe never experiences once again what it has in the past, to make sure there is never war again on European soil, like in the past! We need a united Europe because that’s the Europe that has guaranteed us peace! But I insist: we must believe in education and culture. They are fundamental! People have to be educated when it comes to Europe and the European idea! That is what we must work towards today, in the face of rising nationalism and populism!

Europe has always been closely guarded by states. Today, is there hope that territories could lay the foundation of the European project?

Yes! All states have tried to dominate Europe: the Holy Roman Empire, then the French tried with Napoleon and we came out of it exhausted in 1815. Can you imagine: the Great Army was made up of 500,000 men, of which 250,000 Frenchmen, and not a single Frenchman came back from the Napoleonic conquests. For the time, that was incredible!

Nowadays states are increasingly fragile, European states have to come together and join forces to be stronger, for the European continent to be a power, otherwise, the country that will dominate the world will be China. Europeans have to unite. But it’s difficult. So local governments have to cooperate and work together to make people meet, and instead of fearing each other, understand that they have to live and work together, they have to be united. If we want Europe to remain powerful, and to remain free, it must be united!

Oh, that is a difficult question to answer! It’s difficult to say! If the French keep behaving themselves in the same way, we will be very weak and will not count for much in the world!

The current president is right: reforms have to be made to adapt to today’s world. But that is a big challenge, and as you can see, for Europe, it’s difficult. So I have a hard time imagining what Europe will be like in 20 years!

Edouard Herriot, one of CEMR’s founding members, said: “everything divides states and everything unites towns”. Does this saying apply at the global level?

As always, I would go back to education. We have to promote education and knowledge of the other at a global level. We have to try. It is not simple, but we have to try. But let us not fool ourselves. Today’s obstacles and difficulties are very clear. However, we must continue to work, to fight and to believe in the exchanges and to make sure people meet and talk at European and global level.

Do you have a message to address to current political decision-makers?

I want to say that the essential thing is for people to understand each other. We have to continue working together to accomplish the great European project. We have to keep fighting and working towards the European project. Let’s keep bringing Europeans and humans together, let’s keep understanding each other to live together, let’s not pay attention to differences in culture, language or origin. Let’s keep working towards a Europe that is united in diversity, a Europe of peace! That’s the message I want to address to CEMR and to the political decision-makers of today!